Home / NEWS / THE SECOND WORKING DAY OF THE FORUM WAS STARTED 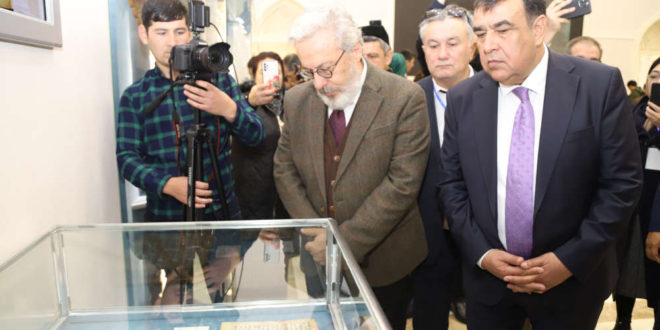 The second working day of the International Forum “Central Asia – the center of Islamic art” was opened at the Imam Bukhari International Scientific Research Center.

Among the main events of the forum held as part of the “International Pilgrimage Tourism Week”, the “Exhibition of ancient copies of the Holy Qur’an kept in Uzbekistan” and the presentation of the “Katta Langar Qur’an: Yesterday and Today” project prepared by the World Society for the Preservation, Study and Popularization of the Cultural Heritage of Uzbekistan was held. 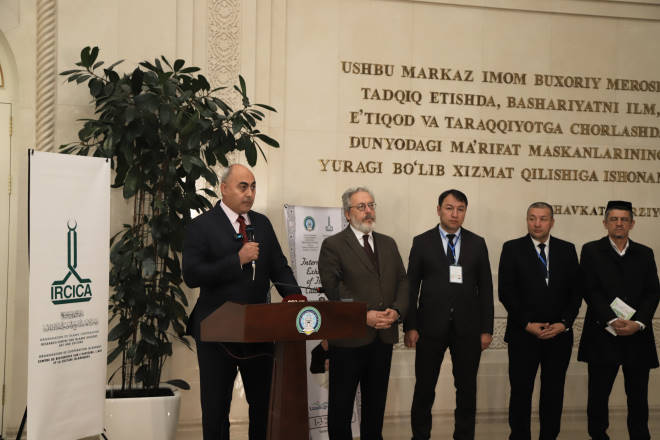 Speakers at the opening of the exhibition gave information about the essence of the forum activities, as well as the importance and rarity of the copies of the works presented at the exhibition.

At the exhibition are about 50 ancient copies of the Holy Quran kept in Uzbekistan and more than 40 works of the winners of the calligraphy competition held annually in Turkey by the IRCIKA organization. And more than 10 collections prepared by the World Society for the preservation, study, and popularization of the cultural heritage of Uzbekistan regarding the content of the inscriptions on the facades of historical monuments in our country were presented. 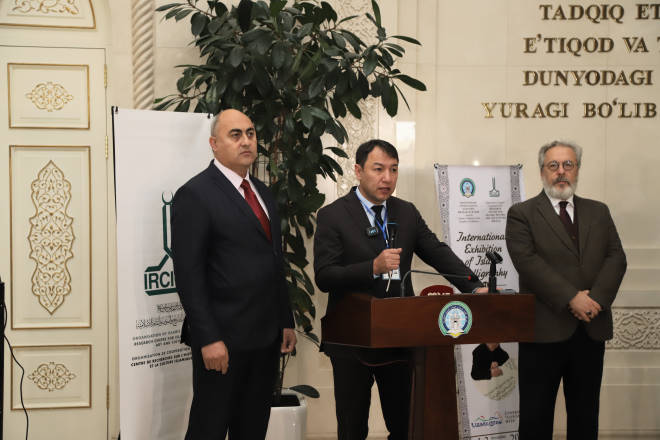 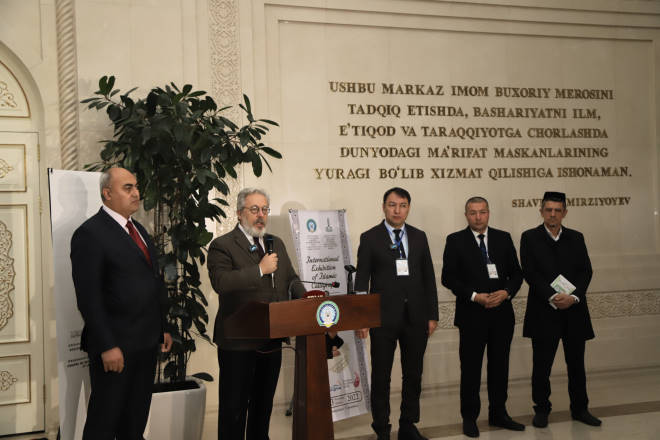 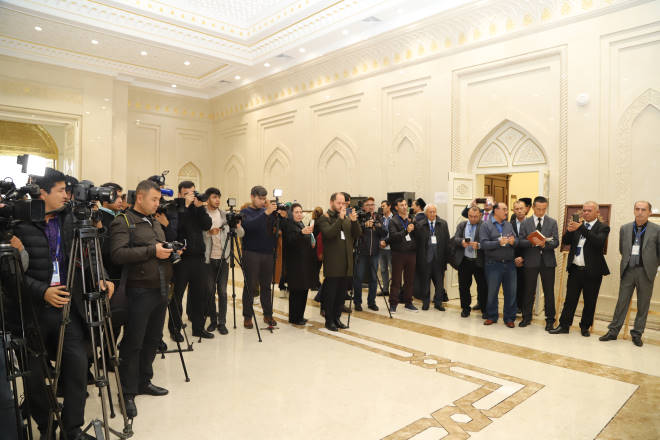 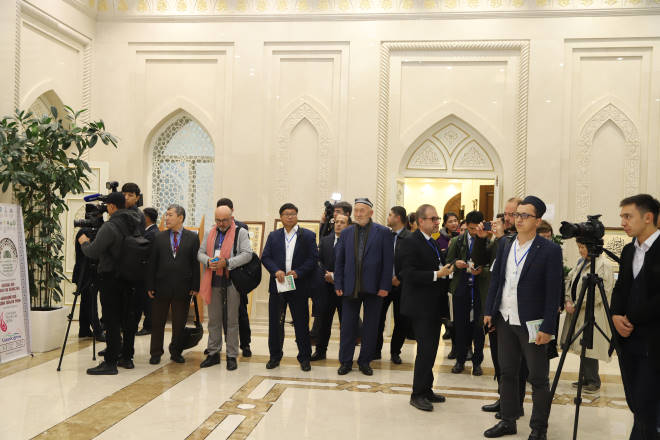 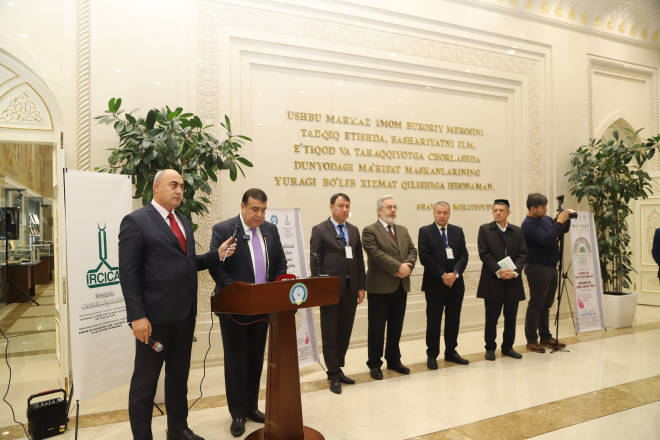 The main goal of organizing the exhibition of ancient copies of the Holy Quran kept in the funds of Uzbekistan is to once again demonstrate to the general public and representatives of the international scientific community that our country has been the center of national and religious values, science, and civilizations for a long time.

The leather copy of Mushaf Hazrat Usman kept in Tashkent, was copied and facsimile copies of Katta Langar Qu`ran, and ancient copies of Qu`ran al Karim kept in the funds of our country were shown at the exhibition.

There is no doubt that this exhibition will arouse special pride in the hearts of our compatriots. After all, it is rare to find a country in the world that preserves the first copies of Mushafi sharif like the apple of an eye, and besides, they have some great scholars who made great contributions to the development of Islamic sciences such as hadith, tafsir, fiqh, and kalam.

Visitors to the exhibition are once again convinced that our scientists have achieved great results not only in worldly sciences such as mathematics, geography, astronomy, philosophy, medicine, grammar, and ethnography, as well as in fine arts such as architecture, painting, and also the field of religious sciences.

Through this event, it was also promoted that the contribution of Movarounnahr scientists was incomparable in turning the 9th-12th centuries into the “golden age” of the development of science in the Islamic world.

At the same time, this exhibition was a very useful event for the international public and interested scientific circles abroad.

Because, while getting acquainted with the oldest copies of the Holy Qur’an, foreigners witnessed the loyalty of our people to national and religious values, respect for the memory of great ancestors, and attitude to science. 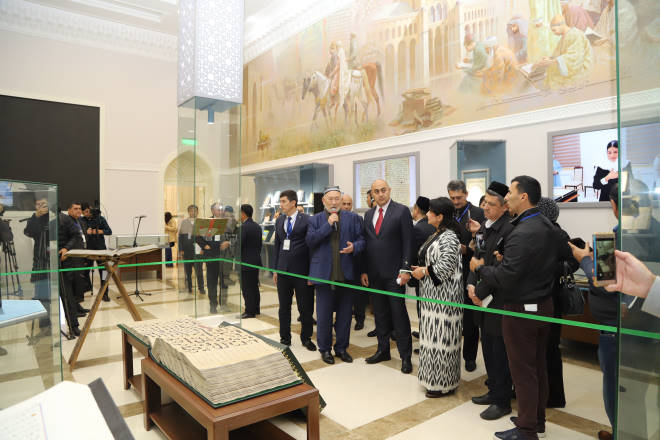 In the new Uzbekistan, they enjoyed the achievements in raising the young generation to be physically and mentally mature people and the high results of the reforms in the national and spiritual spheres. 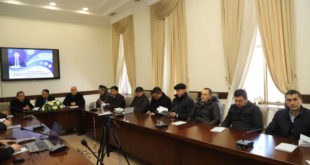 AGREED TO FURTHER INCREASE THE NUMBER OF JOINT PROJECTS AND RESEARCH 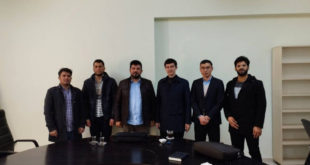 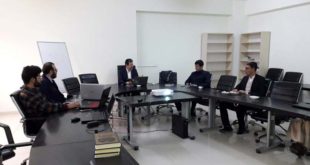 THE SCIENTIFIC STAFF OF THE CENTER ARE TRAINING IN TURKEY 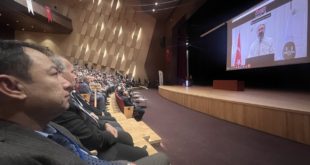 On November 11-13, the University of Pamukkale in Denizli, Turkey, held an International Symposium on …